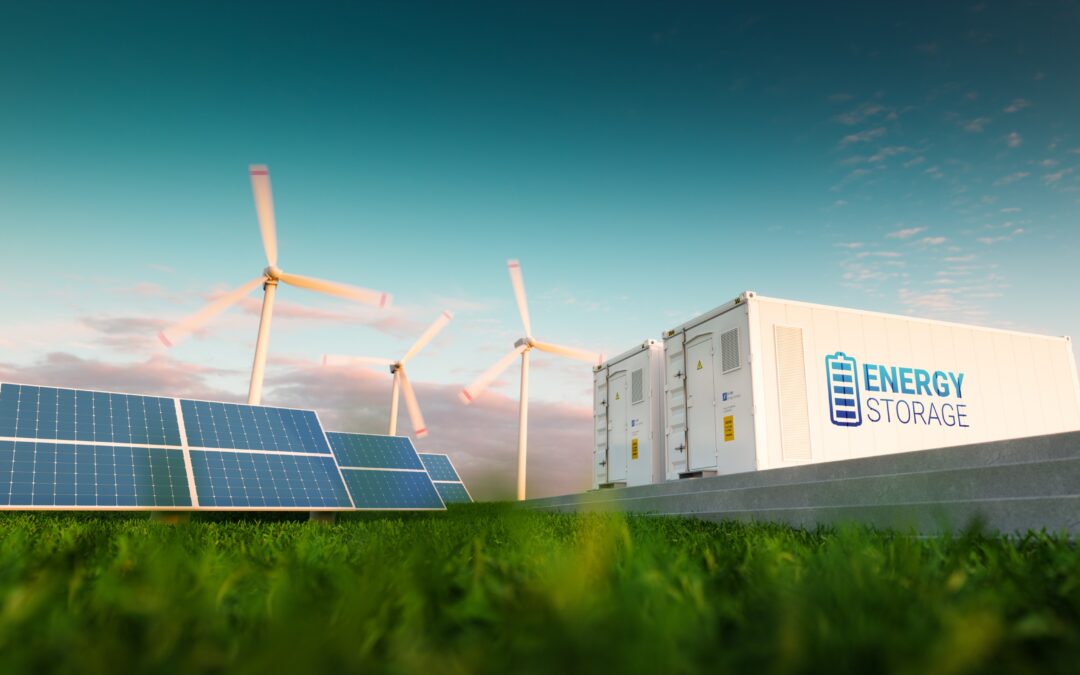 In this article we will discuss some of the key elements of battery storage systems for homes and businesses. It will provide you with a solid knowledge base to help you understand the basics of battery storage, to empower you to ask the right questions of the electrical contractors that you are interviewing, and to help you end up with a system that meets your specific needs, taking into consideration your budget.

After witnessing how rapidly and completely COVID-19 ravaged our society, and how ill prepared everyone was for it, it got me thinking about how generally unprepared we are for the inevitable disasters we have seen and been warned about year after year. And when one thinks about disaster preparedness for their home or business, the obvious starting point is to make sure you have a secure independent power supply.

Without electricity to power our refrigerators and freezers, our food and medical supplies will quickly perish. Communication and security devices will fail to operate. Fuel and potable drinking water will not be able to be produced and distributed on a mass basis, if at all. Businesses will lose billions of dollars’ worth of data, and their operations will be paralyzed. Everyone will literally be left in the dark. And the inevitability of catastrophic grid failures is a certainty.

Planned rolling blackouts caused by excessive load demand in the summer are already annual events, as utility companies struggle to meet peak demand. Utility companies also blackout entire regions during fire season when high winds threaten to blow down aging power lines which in turn could cause massive wildfires. But even beyond that we have repeatedly seen and been warned about bigger and longer lasting grid failures caused by earthquakes, volcanic eruptions, meteor impacts, EMPs (electromagnetic pulses), cyber-attacks, and the list goes on. Recent history proves this to be true in places like Puerto Rico where Hurricane Maria decimated the electric grid leaving most of the island without electric power for over a year, and even as recently as yesterday when tornados ripped through southern states leaving over 1,000,000 people without electric power, and with no idea when they will have their power restored. The only way to protect yourself from this same vulnerability is to have independent emergency battery backup power for your home and business; to be independent of the utility company’s electric grid. So let’s discuss battery storage, and answer some of the basic questions that many people have.

While some battery storage systems can be charged via the grid, this article is going to assume that your storage system is paired with a solar system for infinite charging capability in the event of a grid failure. Otherwise, when the grid goes down you will no longer be able to recharge your batteries, rendering the entire system useless.

Inverter/Component Selection
With that said, the first thing to know about battery storage is that all batteries store electricity as low voltage DC electricity (the same as the low voltage DC electricity that your solar panels produce), but your home and business (“property”) runs on higher voltage AC electricity, so inverters are used to convert the electricity from DC to AC, and in some cases from AC back to DC, as explained in more detail below. Second, it is important to know that inverters fall into one of two general categories: string or micro. String inverters use a single inverter to convert all of your system’s electricity from DC to AC in one central location, whereas micro inverters convert electricity in multiple locations so you are not subject to the risk of being dependent on just one inverter, thereby providing a modicum of redundancy as added security. Additionally, micro inverter-based systems commonly offer more flexibility and have greater output capabilities, so in general they have a higher entry point in terms of price. As with everything, there are pros and cons for string and micro inverters. But regardless which you decide on, they are both proven technologies, and they both offer high levels of efficacy, so either one could be a good solution for you depending on your personal requirements. In Addition, some storage systems are bundled as “all-in-one” solutions, which means that all the critical component come packaged in one consolidated unit that includes inverters, transfer switches, charge controllers, etc. While others are constructed on a piecemeal basis with the various components of the system, manufactured by different companies, having to be put together by the installing electrical contractor on site. There is no right are wrong when it comes to these choices. Deciding which is right for you will depend on your budget and your performance requirements, and your electrical contractor should be able to provide you with unbiased information to help determine which solution is best for you.

Power Versus Capacity
This is a largely misunderstood consideration for most property owners because it is usually inadequately explained to them by the person or company that is trying to sell a storage system to them. Capacity is the total maximum amount of electricity that can be stored on your batteries at any one time, and its measured in kWh (kilowatt hours). Power is a measurement of how much electricity can be delivered from your batteries to your property’s electrical system for use in real time, which is measured in KW, or kVA (kilowatts). To use an analogy, Capacity is like the gas tank on your car, which is measured by how many total gallons it will hold. Power is how much of your car’s fuel you can convert to horsepower in real time. So you can have a car that holds hundreds of gallons of fuel in its tank, but if you can only access enough of that fuel to generate 20 horsepower at any given time, it’s not going to do you much good. Most consumers only look at, or are only shown, a system’s Capacity. And as just stated above, all the Capacity in the world will do you little good if it can’t be delivered when you need it, and in the quantity that you need it delivered in. This is not to say that total storage Capacity is not important. However, Power should be equally, if not even more importantly considered, as that is the greatest limitation of most storage systems. Furthermore, storage systems are rated for Continuous Power Output, which is its maximum steady state output capability, as well as for Peak Power Output which is slightly higher, but will generally be limited to about 5 seconds to cover electrical surges that are caused by large appliances when they initially start up. You should know the Capacity and Power (continuous and peak) ratings of the storage systems you are considering, so when you need that emergency power you won’t have any unpleasant surprises.

Load Shifting, Emergency Backup or Off-Grid
Another important consideration for property owners is what they want their battery storage system to be able to do. In the old days before there were concerns about peak demand on the electric grid, rolling blackouts, Time Of Use billing, or catastrophic grid failures resulting from natural or man-made catastrophes, solar and storage was rarely considered other than in situations where a property was beyond the reach of the utility grid (thus, “off-grid”). However, all of that has changed. Now in addition to providing off-grid power to those who live beyond the reach of the utility grid, storage systems may have the ability to Load Shift, and to provide emergency backup power to grid tied properties. Load Shifting is when solar or grid electricity from a grid tied property is stored on the batteries during the day, and then discharged in the evening when utility rates are at their highest (Peak rates), thereby maximizing the return on your investment. Emergency Backup occurs when electricity that is stored on your batteries automatically discharges to your property in the event of a grid failure. Having solar and storage transforms your emergency backup system into a renewable energy source that can recharge itself every day, indefinitely, for as long as a grid failure exists. And whereas an off-grid system is generally designed to power an entire property, an emergency backup system can and often is designed just to cover a grid tied property’s critical loads (ie: refrigerators, freezers, communication and security devices, data system, and any other loads that you couldn’t live or exist without), thereby reducing the capital outlay required to install a storage system.

Chemistry
Today’s modern storage systems are all UL tested, and are extremely safe. However, various storage systems use different chemistries in their batteries, with some providing an even higher level of safety than others. In instances where electrical contractors or manufacturers make claims regarding the stability and safety of their chemistry, they should be able to provide independent laboratory testing to support those claims. Furthermore, a battery’s chemistry may also limit the storage system’s depth-of-discharge (how much of the battery’s stored electricity you can actually discharge without damaging the batteries), and the life span of the battery, which is measured in both years and “cycles” (how many times a battery can be discharged and recharged). This is something that needs to be closely examined because two different systems that both guarantee a 10 year life and 3,000 cycles can provide vastly different amounts of power over their life depending on their depth-of-discharge, Capacity, and continuous Power capabilities.

How Much Storage Do You Need?
No two properties are the same, and no two property owners’ needs and goals are the same. Just like when designing a solar system, every storage system should be custom designed to a property’s specific needs and characteristics. Therefore, make sure that you are working with an experienced licensed electrical contractor who can not only answer all of your questions, but more importantly, one that knows all the right questions to ask you, and one that can perform proper load calculations depending on your overall goals and which loads you want to back-up. There are few storage systems that are easily expandable, so in most instances you’ve only got one shot to get it right.

Financing and Government Incentives
Lastly, it is important to mention that there are financing options available for almost every property owner regardless of their credit history, many of which require little or no money down. Additionally, there are still huge state and federal incentive that could pay for up to half of the cost of your system, but like all good things they will be coming to an end in the near future. Our licensed technicians can provide you with detailed information on both.

I hope this information helps to make you a smarter consumer as you evaluate solar and storage for your home or business. If you would like more detailed information about your specific project, we would welcome the opportunity to personally answer all your questions and provide you with a free quote. We install solar and storage systems as a package, as well as retrofitting new storage systems to pre-existing solar systems. We can even design and install a standalone grid-tied storage system without solar if your only goal is load shifting. Like I said before, every system is custom designed to the specific property’s goals, characteristics, and budget.