Harden your home and business against attacks on the electric grid 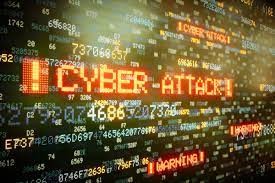 By now you’ve seen the news about the largest gas pipeline in the US being shut down by a Russian based cyber-attack. It has affected 17 states, and as much as half of the east coast will run out of gas in a matter of days. More importantly, it has laid bare just how vulnerable the critical energy infrastructure of the US is, and the scariest part is that worst is yet to come.

The United States Department of Defense has been warning about attacks on critical US infrastructure for decades, and I’ve been writing about it consistently for years; cyber-attacks, hard attacks, domestic and/or foreign terrorist attacks, etc. Yet what have all the warnings yielded? Well, it’s a tale of two stories depending on whether you are examining the residential sector or the commercial/industrial sector.

In the commercial/industrial sector it has been taken very seriously, and virtually all Fortune 5,000 companies, data centers, military bases and government offices have installed emergency backup power systems and protocols. However, in the residential sector the warnings have too often resulted in little more than laughter, disregard, and ridicule. Yet as much as American consumers would like to remain in a state of denial about the very real threats that we face, such attacks can no longer be considered “Tin Hat” conspiracy theories. The threats are real, the consequences can and will be deadly, and no sector is more vulnerable to attack or will impact the country more severely than an attack on our country’s electric grid.

While you as an individual cannot stop these attacks from happening on a global basis, the good news is that you can defend and protect your personal home and business. There are companies that specialize in the installation and integration of emergency backup power systems to protect your home and business from threats to the electric power grid. 180 Solar Power is one of those companies.

Contact 180 Solar Power today, and let’s talk about hardening your home and business from threats to the electrical grid. We’ll conduct a free analysis, provide you with a custom designed solution and a free quote, all at no cost and no obligation to you. The only risk you have is in waiting because emergency backup power equipment is in short supply nationwide, and inventory will become even more scarce in the coming weeks and months. Contact 180 Solar Power now for your free analysis and quote before its too late.