What has the COVID-19 pandemic taught us so far? 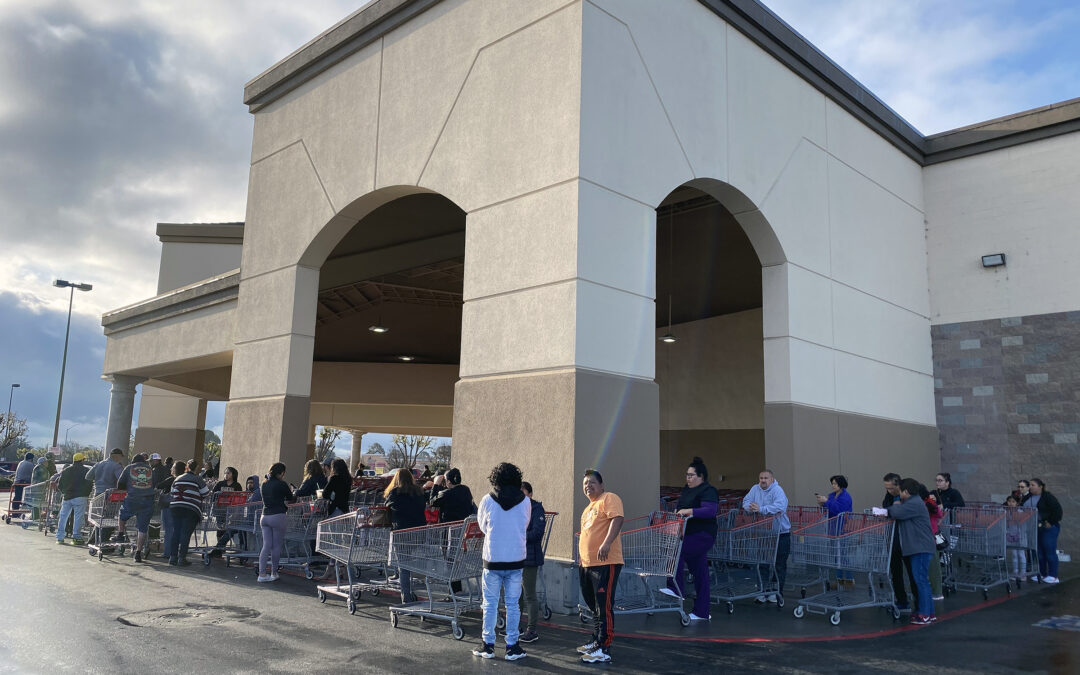 Were you prepared for it? You know what I’m talking about. You’ve seen the movies. ’Contagion’,‘Outbreak’, ‘Virus’; all the classic Hollywood end-of-the-world-as-we-know-it disaster movies. But like most people you probably said to yourself, “that’ll never happen here”.  Well, now we know differently. It can and it does, so let’s get serious.

Fortunately, this time most people were finally able to get the food supplies they needed, but it took a lot of hard work and patience, and it still does. We were also fortunate that this time there was no major damage to the country’s fragile aging infrastructure. This time it wasn’t “the end”. But what if it was? In an even greater crisis, in addition to having food and water stores for a minimum of two weeks, and up to 6 months, do you have an emergency coordination/communication plan for your family? Do you have transportation, medical supplies, cooking fuel, candles, flashlights, batteries, radios, emergency backup power, and all the other things that you’ve been warned to stockpile over the years? If the answer is “no”, as it undoubtedly is, then this is your wakeup call. This is the lesson that people should learn from the COVID-19 crisis.

We’ve learned that it is no longer a matter of “if”. It is a matter of “when”. And pandemics aren’t the only real threat that we face. In addition to the fact that our country’s infrastructure is old and fragile and starting to fail on its own, leading government and private sector experts have long been warning about infrastructure destroying cyber-attacks by hostile actors. They have been warning about grid destroying Electro Magnetic Pulses (EMPs), both naturally occurring, and manmade. They have been warning about massive earthquakes, and colossal extinction level volcanic eruptions from the Pacific Northwest to Yellowstone Park. They’ve been warning about planet killing meteors, floods, tornados, fires, hurricanes, tsunamis, and the list goes on. Think it’s a joke? Think again. Governments worldwide spend billions of dollars each year researching, preparing, and enacting measures to try to mitigate the effects of these inevitable disasters.

Yet ironically, while Americans invest billions of dollars each year buying insurance policies to protect themselves from threats to their financial security (life, health, medical, home, car, fire, flood and earthquake insurance), they make virtually no investment in disaster survival preparations. And of all the disaster survival preparations that Americans should be making right now, an emergency power supply is the most critical for when the electric utility grid fails.

The reason an emergency power supply is the most important part of your disaster survival preparation portfolio is because without electricity to run your refrigerator and freezer it would only be a matter of hours or days before all of your perishable food and medical stores would spoil. There would be no way to power or charge radios, cell phones, ham radios, televisions, computers or any other type of emergency communications equipment. Burglar alarms and surveillance systems would be completely incapacitated, leaving property owners vulnerable at the time they most needed their protection. There would be no electricity to power the lights in your home, leaving you completely in the dark when all of the candles and flashlight batteries were gone. There would be no power to run your kitchen appliances, leaving you with limited options to cook the food you did have. Without electricity there would be no power to operate the pumps at gasoline stations, thereby rendering gas generators, cars, and all other gas-powered equipment obsolete. HVAC and air filtration units would become inoperable, garage door openers would cease to open, electric cars would become massive paperweights, and so on.

Furthermore, at a time when all of us are self-quarantining at home because of COVID-19, stop for a moment and imagine what your life would look like if your quarantine was taking place in a home…..with no electricity. Then imagine it stretching on like that for 6 months in a row…..or longer.
What would life be like for you and your family if you were quarantined in your home for 6 month or more with no electric power whatsoever?

The problem is that “the grid” is not just a small network connecting a few thousand homes in Southern California. Southern California’s grid is part of a massive interconnected web of wires, substations, and generating facilities that run up and down the entire west coast of the United States, and through Mexico and Canada. It is all interconnected, which means that any single point of failure anywhere along the line could derail power to anywhere or everywhere on the west coast for days, weeks, months or years, depending on the severity of the damage.

An example of this occurred in the summer of 2011 as a result of California’s dependence on electric power imports from Arizona, when a “human error” made by a technician caused an instantaneous power failure to approximately 2.7 million people up and down the west coast. In 2003 a software bug at FirstEnergy Corporation in Ohio caused a massive blackout that affected 45 million people in 8 northeastern and midwestern states. And in 1998 a simple lightning storm caused cascading transmission line failures that were so devastating that the northern midwestern region of the United States was completely separated from the eastern grid leaving people across the upper mid-west and central Canada without power. None of those outages lasted more than 24 hours, however, at some point in the future a more devastating and crippling disaster will cause an extended grid failure on just such a scale, or greater. Its just a matter of when. This also illustrates how these catastrophic events doesn’t need to happen right in your backyard for it to leave you completely incapacitated.

So what has the COVID-19 episode taught us so far? Be prepare for the worst, and do it now. Take every possible step to protect your family now. Make sure that you have a secure private renewable power source to power your family’s emergency electric loads, preserve your food and medical stores, power your communication and security devices, power your critical home appliances, lights, and any other equipment that you need to keep your house running and your family secure, even in the event of a total grid failure.

Furthermore, its important to emphasize that you should invest in a secure renewable power source, because generators cannot generate power without gasoline, and batteries cannot be recharged by an electric grid that is no longer functioning. Invest in a battery storage & solar system, fueled by the endless power of the sun, to create your own secure, private, renewable power infrastructure today.
It’s the only way to guarantee that you and your family will never be without the safety and security of electric power. And in the meantime, you’ll save money on your electric bill even while the grid is operable, because the cost of solar and storage power is a fraction of what utility electricity costs. So it’s a win-win either way.